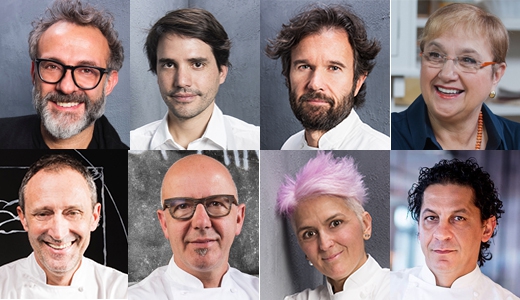 Identità Golose, the acclaimed International Chefs Forum which highlights culinary excellence, returns to the United States for its ninth edition and partnership with Eataly Flatiron in New York City from October 1stto the 3rdand for the first time at Eataly Los Angeles on October 5thand 6th. Birra del Borgo will take part in these important event as a main sponsor.

Massimo Bottura, Chef Patron of Osteria Francescana (Modena, Italy), named the World’s Best Restaurant in 2018along with Corrado Assenza, pastry chef atCaffè Sicilia (Sicily, Italy), who was featured in season 4 of Netflix’s Chef’s Table, and Virgilio Martinez, Chef of Central (Lima, Peru) which ranked 5thon the list of 50 Best Restaurants, will lead the 2018 events with six other acclaimed international names.

These top culinary personalities will come together to bring delicious and creative dishes for a one night only Dine Around Dinner. The chefs will be introduced by Lidia Bastianich, the patroness of the event, before bringing one of the six offered courses to life, using only authentic ingredients.

All the chefs participating in this edition of Identità Golose have the common goal to educate and inspire the public on international cuisine through the blending of traditional techniques with modern methods.

In this year’s initiative, Identità Golose founders Paolo Marchi and Claudio Ceroni want to express the theme of “Human Factor”, not only as fundamental in expressing the philosophy behind cooking, but also as a global approach to the theme of contemporary conviviality. They invite the public to join in this edition and think about the alchemy that governs quality cuisine and the art of hospitality.

The mission of Identità Golose has always been to showcase the greatest Italian and international chefs by promoting the passion of innovative cuisine. Since 2004, they have done so through their commitment in sharing the ideas and work behind it with food lovers, all while keeping up with the latest trends, thanks to the dedication of the best culinary names.

Identità Golose is honored to be sponsored by leaders in the food and beverage industry, including Grana Padano, Monograno Felicetti, Farina Petra, Ferrari Trento, Birra del Borgo, Acqua Panna-S.Pellegrino as officlal water and Lavazza as official coffee. For this year,special Partnership by Region Calabria.