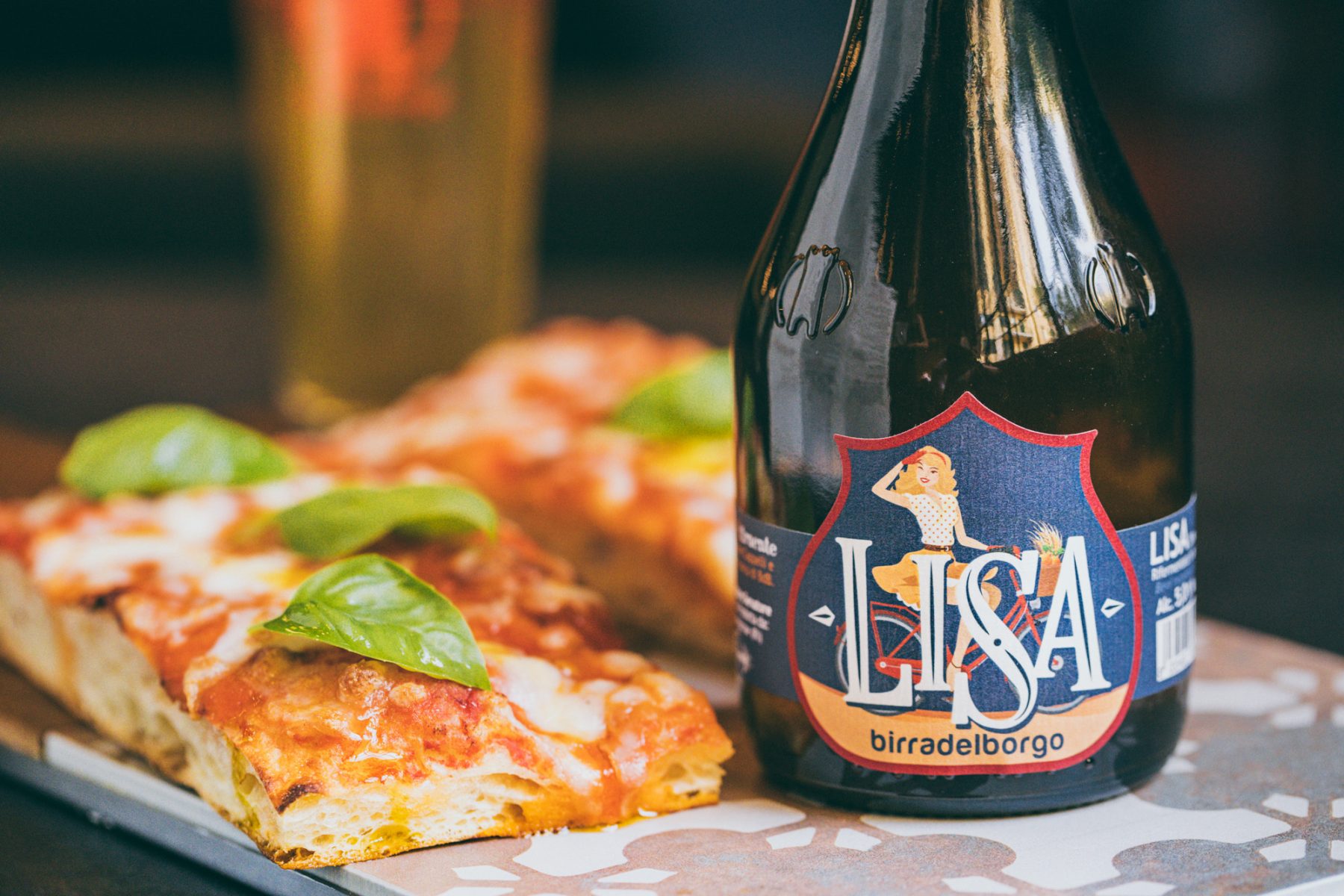 We were missing a day dedicated to Roman pizza, and here it is! “Pizza Romana Day” will take place on Thursday, September 13 in 20 famous pizzerias in town. The goal of the event is giving dignity back to a style that has so far been seen in a too marginal way, and will be pursued through the writing of an actual manifesto, articulated in 10 points. Following these guidelines, our LISA has been chosen as the main beer of the event, trying to bring quality, personality and identity to the lager style, proving that passion and research are keywords hidden behind the apparent simplicity of a beer. And this is how innovation, which Birra del Borgo has been promoting since 2005 and has characterized the project of our LISA, stands at the service of tradition, a traditional style. LISA will be the main character of the event, together with the creations – innovative or not – of the many Roman pizza chefs that will challenge themselves in giving Rome their best pizzas. The event will start at 10:30 at our Osteria in Via Silla (Prati), one of the hosting locations, with a debate led by Eleonora Cozzella journalist from Repubblica Sapori: Eleonora will introduce her three hosts, supporting the three most loved styles of pizza (napoletana – Enzo Coccia, romana – Lorenza Fumelli and Giancarlo Casa, degustazione – Davide Fiorentini) and competing for the best pizza in town. The real celebration will take place at dinner, open to the public. The 20 selected locations will prepare exclusively Roman style pizza in 5 different variations (Margherita, Napoli, Capricciosa, Funghi, Fiori), plus some special creations prepared on purpose for the event. And, of course, all guests will drink Birra del Borgo’s LISA.

Following is the list of the places participating to the event:

The event is organized by Agrodolce, in cooperation with Repubblica Sapori e GreenStyle, sponsored by Birra Del Borgo and Molino Pivetti