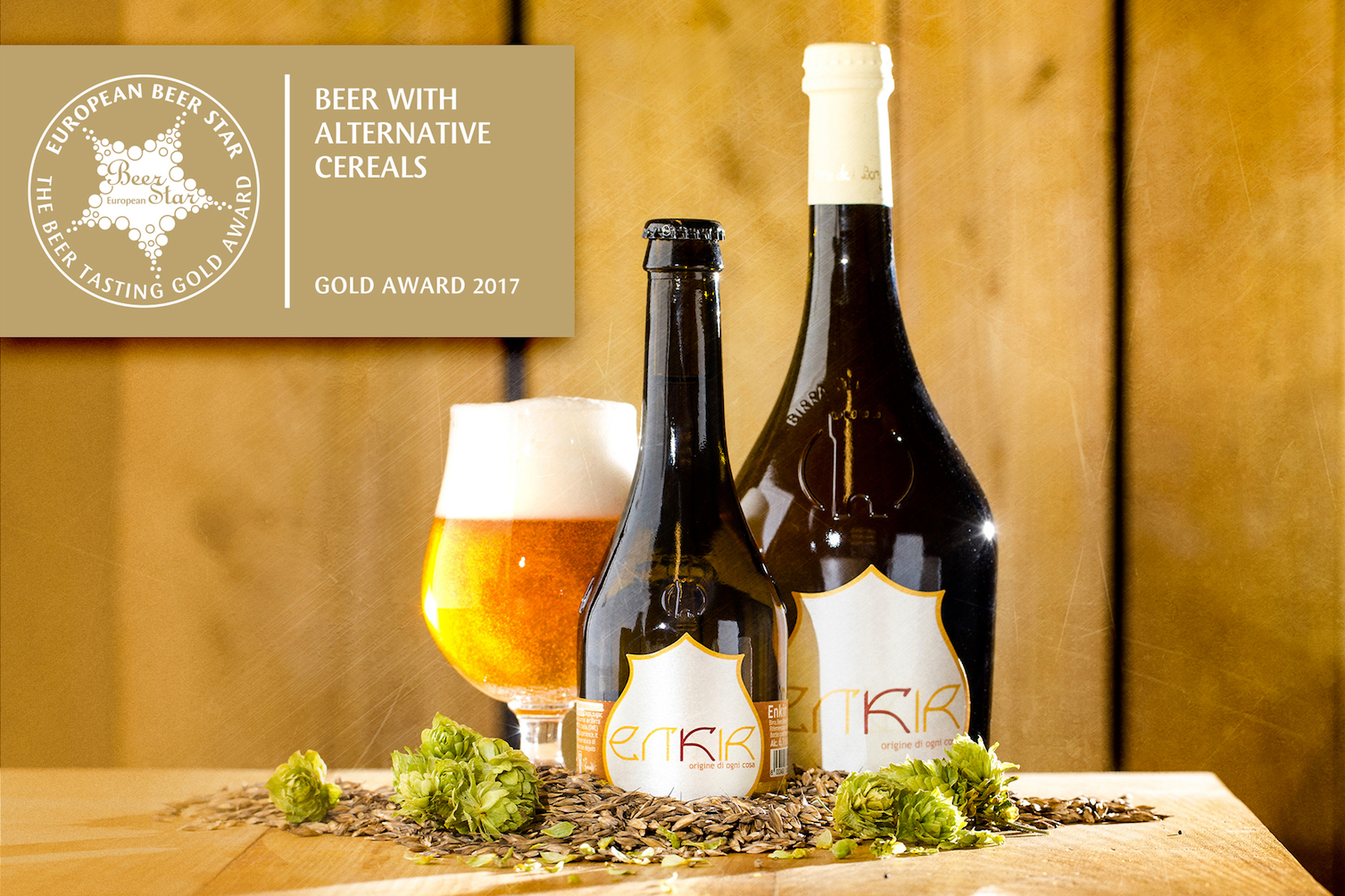 European Beer Star Award 2017, one of the most prestigious beer contests in the world, has just ended. It takes place every year in Germany, since 2004. On Thursday, September 13, Leonardo di Vincenzo, Birra del Borgo’s founder, flew to Munich to receive from Drinktec the prize for “best beer produced with alternative grains”: his Enkir has won the gold medal. This is the second gold Birra del Borgo wins in the same competition: 2014 was the turn of Reale Extra, which won the gold medal as best India Pale Ale. A very important award not only for Birra del Borgo, but for the entire Italian quality beer industry. “We’ve been committed for years in order to create unique and incomparable products, and this award is very important for us, as a drive to keep working hard on the quality and the research started in Borgorose in 2005, when our brewery was born.”

The contest at this last edition involved 46 different countries from all the continents, with a total of over 2.151 beers (divided in 60 categories) judged by a jury of more than 100 international professionals. Key assessing criteria are the sensory experience and the fulfilment of the requirements needed for any specific categories. Tastings’ assessments follow the standards of color, aroma, taste and general impressions, but the crucial elements for the final decision are the beer’s personality and, of course, quality. These selection criteria meet perfectly the spirit of Birra del Borgo, and especially the basic concept of ENKIR. Golden color, 6,1%, this beer is made up at 55% of Triticum Monococcum (Enkir), the first domesticated cereal on earth, which is added to barley malt in order to give the beer its typical resinous and spicy notes, balance and softness. The jury must have appreciated the idea, and everybody at Birra del Borgo is now enjoying the very deserved success.