Making beer out of Chestnuts 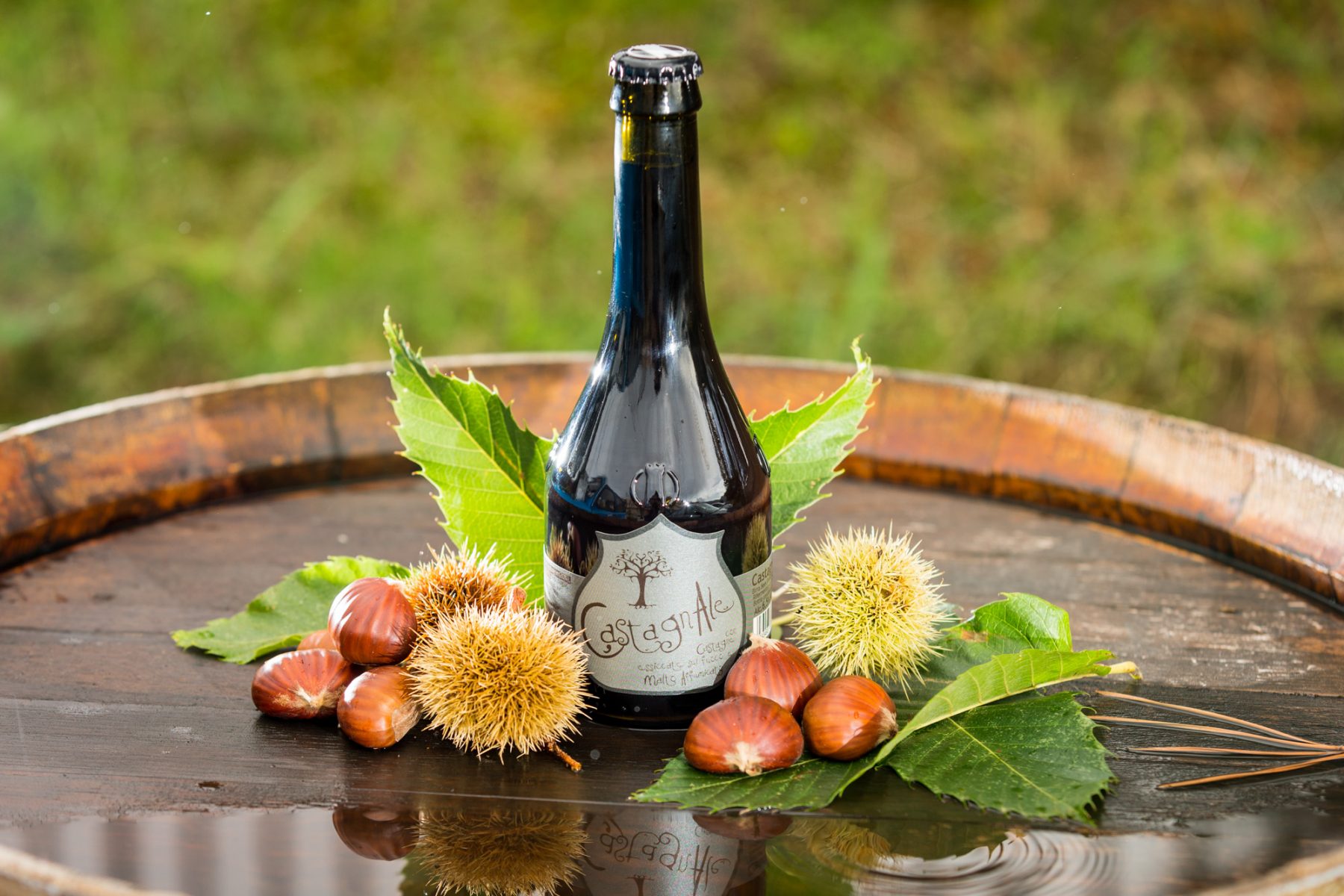 There’s a Rodari’s poem that talks about a man from Scandicci who would “throw chestnuts away to eat their shells”, it’s called “Bravi Signori”, if I’m not wrong. Well, we do the opposite, and we make a beer out of chestnuts: the CastagnAle, September’s Bizarre. We dry chestnuts on the fire and smoke the malt with a mixture of orange peel, lemon myrtle, coriander, gentian root and, of course, chestnuts. We’ve made it even more charming in the last year by giving it a slightly higher alcohol content and using a bottom fermenting yeast. The smoked malt will make it more dense and warm, Marco Carone, one of our senior brewers, explained. He said so and we did it! At “Casali di Cartore”, a beautiful restaurant owned by friends and immersed in the countryside surrounding our brewery, they serve our beer with a delicious and tasty spelt soup, from Monti della Duchessa. Another good local match would be with “blucoli”, a fresh, blue-veined cheese from Campo Felice dairy farm, that takes its name from the town where it’s produced, Lucoli (Aq). Bonne dégustation!