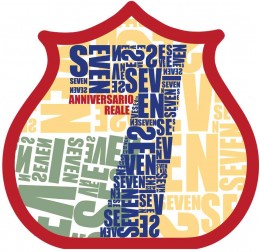 Our May’s Bizzarra definetely is a peculiar beer  and one among the most waited for as it’s the special recipe – a twist on our best selling ReAle – to celebrate the brewery’s anniversary! And just as it happens every year, ReAle Settimo Anniversario  also means BdB Day! Those who will attend the party will have the chance to taste it along with many other beers, including some very special one! And now some more details about our2012 celebration brew!

Considering how much everybody loved last year version, ReAle 6 Anniversario, we decided to keep its main features. So we used the same malts we use for our classic ReAle and an interesting hops’ mix (which we added with a continuous hopping and a dry hopping during the ageing) coming from the different Continents: Hallertau Saphir from Europe, Amarillo from America, Nelson Sauvin from Oceania and Sorachi Ace from Asia.

But Africa was missing… so we decided to add an alternative ingredient from this continent: roiboos (Aspalathus linearis), a sort of bush coming from South Africa. Its leaves are used to brew a kind of herbal tea also adding spices – in this case black pepper and orange zest. We also added a mix of cinnamon and other spices coming from Zanzibar. This gave an intense and nice aroma, with scents of tropical fruit and citrus.

But it’s not finished yet! Wa also made a Special Edition (or we should say, a double special!), the“7 oak aged” matured in wooden barrels. Enjoy!