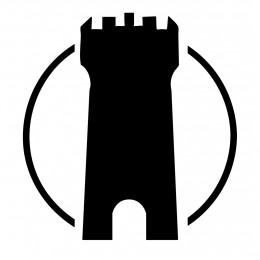 You could say it was destined – take a look at the two logos, both taking inspiration by something ancient with a modern key  – that sooner or later Birra del Borgo and Brewdog street would cross.

But the “historic mood” logos are not the only thing we share with the Scottish brewery which is famous for its extreme esperimentations and for being the champion of the European craft beer revolution. You could call it “feeling” or “being on the same wavelenght”… that is to say, what is behind any collaboration brews, where two breweries choose each other to give birth to a common creation.

This is our mood today,  as we are here in Borgorose to brew our firts beer with Brewdog! Our brewer Andrea is working with Graeme Wallace, who came here yesterday to join us for the BdB Day Party. We are brewing a very special beer: ReAle! Sure enough, it will be a very special edition of our old favourite, that for this special occasion… will wear the kilt!

Today’s brew is also the “pilot brew” for a brand new project by Birra del Borgo, answering the question “what if ReAle was born in…?”. In special occasion – like this one – we will brew an alternative version of our ReAle, immagining how it could have been if it was born in another place in the world. We will determine ingredients or tecniques in consequence and we will “dress it up” every time in a different way, always leaving easily recognizable the original style.

In this case, of course, we started from Scotland. We changed something in the recipe of our full-bodied, intensely hopped Pale Ale to let it taste more “Scottish-style”. Just don’t expect something too traditional, as we are talking about Brewdog!

We added to the usual malts we use for ReAle the Pale Ale Marris Otter (one of the finest English barley malts) and a peat-smoked malt (the one they usually use to make Whisky) and we used a Scottish yeast. Also fermentation and ageing will have a Scottish twist, as after the first three days we will put the beer into the wooden vats just to add some more smoked flavour.

What will come next? We can’t tell yet, but for now we are all going to wear a kilt…