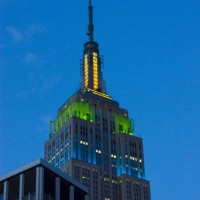 At the beginning of June our head-brewer Andrea flew to the US for the Philadelphia Beer week, to meet beer lovers and beer experts from the New World. Here you can read his report of this full and funny week (pictures by Giovanna Palleschi).

On the occasion of the “Philly Beer Week” I wento to the New World to undertake a short but intense tour between Philadelphia and New York. The week was full of nice encatounters and meeting with beer lovers, breweries visits and – as long as I was there – also a special brew at Eataly NY.

First stop was in Philadelphia where my fellow-brewers and friends Palli (of Baladin) and Moreno (l’Olmaia) and I, we had been invited for a guided tasting called “Italian Beer School” at the welcoming The Farmers’ Cabinet. There we could meet some true Italian craft beer lovers, who were eager to taste our beers served with tasty snacks and cheeses. On this occasion we decided to introduce our Genziana, Duchessic and Reale Anniversario, all of them in good form. The evening went on in the same venue, where  the owner Matt Scheller had prepared different stands of typical Italian recipes to match with our draft beers: the result was that all of us Italian brewers couls meet our most loyal supporters and customers in Philly in a very pleasant atmosphere.

On the following day, always with Moreno and Palli, we visited the Victory Brewery, not far from Philadelphia, where we met Steve German (the brewery’s vice-president), a very nice and hospitable guy who guided us to the brewery and let us taste its beers (and they were all really nice!).

After the visit we came back to Philadelphia for another evening that was organized by our  U.S. importer, B.United. This time the selected location was Alla Spina, a wonderful venue which has a very enjoyable atmosphere till late (or maybe I should say, till very early in tne morning)

We then moved to New York where, thanks to Michael Opalesky (our area manager) we could visit many of the Big Apple’s venues where you can find our beers on tap. But last day in New York was mostly dedicated to meet again my friend Peter Hepp (who succeeded to Brooks at Eataly New York microbrewery) and we brewed together a very weird beer.

Actually we wanter do make a nice, golden IPA to be fermented with a Belgian yeast and we wanted to use also some unmalted hard wheat. But as we couldn’t find it, we decided to buy at the Eataly grocery two good kilos of pasta to add during the mashing.

Once we finished the brew I had to say hello to “the city that never sleeps” to go back to the Old Continent.  I was feeling quite tired for all the kilometers covered, but nevertheless I was  felling so happy for all the beautiful people I could meet. 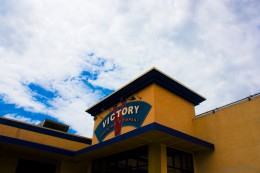 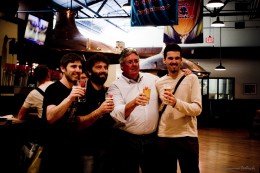 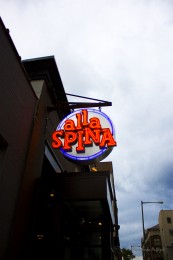 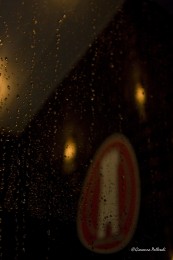 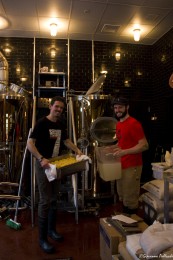