It was a busy start of summer for us… On June 21 – the second day of the season, as this year the summer solstice arrived on June 20 – two new brand venuesopened in Rome. And we are involved in both!

The first one is the Birreria at the first floor of Eataly Roma, the the largest of the artisanal Italian food and wine marketplaces created by Oscar Farinetti. Just as it happens in the New York venue, Rome Birreria is run in collaboration with Birra del Borgo, Baladin and Dogfish Head! Beers from the three breweries will be served on tap, while three brand new beers – a Golden Ale, an Amber and a Dark Mild – will be brewed on the premises: our friend Brooks Carretta just flew back from NY to take care of the inner brewing plant just behind the counter.Leo, Teo and Sam – the “Birreria Brothers” – selected the best craft beers to be sold at the shop and they (well, we hope that Sam will join us from the States as often as he can!) will also holdbeer tasting lessons and events. No food will be served, but you won’t starve: you will find nearby more then 10 product-themed Restaurants and many shops, not to mention the bread, mozzarella cheese, fresh pasta and more made on the premises!
Eataly Roma Air Terminal Ostiense Piazzale XII Ottobre 1492, Rome phone. +39.06.90279201 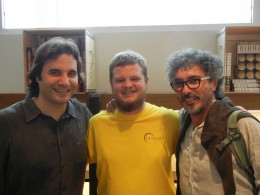 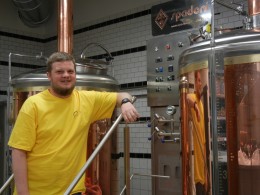 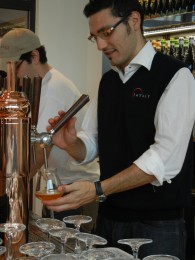 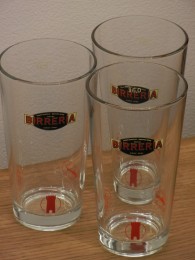 The second opening was no.au. What is this? Hard to define it… again Leo&Teo, togheter with the famous pizza-chef Gabriele Bonci and the two friends Paolo Bertani and Luca Tosato, converted a former cocktail bar one minute away from Piazza Navona, in a place dedicated to the “natural” concept: organic wines from small producers, special edition craft beers and “untouched”, mostly raw food. The setting, too, it’s quite special: the entire venue was decorated by our friendGiovanni Trimani, co-creator of the Beering Art project and furnished with some vintage items, including an original Olivetti Lettera 22 typewriterused to type the menu!

yes we are open! 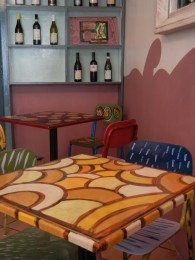