Paris is well worth a beer 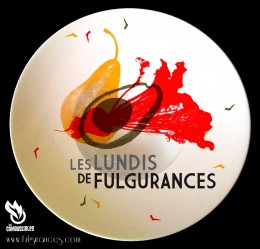 Paris is well worth a beer, or even a couple. Also in the French Capital there is an interesting bustle about craft beer. This also happens thanks to the new (well, not so new, actually) bistronomic trend, which brings together haute cuisine and easier places (and prices) started by such chefs like Inaki Aizpitarte of Chateaubriand (11th in the S. Pellegrino World’s 50 Best Restaurants 2011ranking, tasting menu 45 euro).

It has been a while that Birra del Borgo too has arrived also on the Paris scene, particularly in some of the most interesting restaurants whose bill comes under 50 euros. For example, you will find it at Rino, a small sized bistrot serving great food in the 11th arrondissement, where the Italian chef Giovanni Passerini cooks unforgettable dishes paired to organic wines and artisanal beers.
Or the newly open, and already extremely busy, Chatomat where Alice Di Cagno‘s (she counts experiences such as the one with Passard at Arpège) and Victor Gaillard‘s (he previously worked with chef Alain Ducasse at Spoon both in London and Paris) cuisine mixes the freshness of vegetables (following Passard’s lesson) to exotic suggestions (Alice has Brasilian origins) and to a relaxed atmosphere.
Another place not to be missed, for craft beers and more, is the brand new Coinstot Vino, a wine bar with a special focus on natural wines, oysters and high quality charcuterie, located in the evocative Passage Panorama.

Our beers are on sale also at the Cave à Bulles, a small but very well-provided beershop in the very center of Marais and one of the reference-point for the Paris brewing culture.
Meanwhile, Birra del Borgo was also featured as one of the most interesting pairing options with the unusual dishes made by Yoji Tokuyoshi, sous chef at Massimo Bottura’s Osteria Francescana in Modena. He was the guest of the weekly food event Les Lundis de Fulgurances created by Sophie Cornibert and Hugo Hivernat, former contributors at the Omnivore Project. The format sees the young sous chef becoming the “starchef” for one night, presenting their own cooking philosophy. Yoji’s dishes played with his origins and influences (from Japan, Italy and France) and with the contrasts and assonaces between products coming from land and sea. Our Rubus went perfectly well with the intense and minimalist Wood and Truffle, dried and fried topinambur peel, mussels cream, shrimp and fried black cuttlefish ink eclairs. Enkir was paired with Arc en Ciel, an elegant play of shapes and colours made with raw rapeseed and topinambur, red shrimp sauce, anchovies and ginger. Here you can find some pictures made by Stefanie Biteau alias cookcooning.