BdB Story: a night to remember 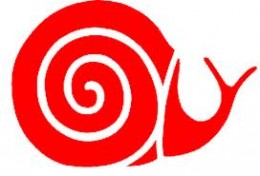 On monday, the 28th November 2011 Open Baladin Rome hosted a special night entitled Birra del Borgo Story organized by SlowFood Roma. It has been the chance to trace back Birra del Borgo’s firts six yearsthrough some of our beers paired to the recipes especially created by Gabriele Bonci using the best local products selected by Vincenzo Mancino from Dol, the greatest meat from Ecofattorie Sabine and the awesome vegetables from Pomarius.

Here Marco Valente, owner at Palestrina Taberna (the first official Birra del Borgo venue, he knows us quite well!) tell us his impressions of the night, along with the beautyful images taken by Marco Cenci: he was brave enough to remain sober all night long, as you can tell from his great pics! Thanks to both of them!

“We will remember for a very long time the night that Slow Food held at Open Baladin in Rome to celebrate Leo and his Birra del Borgo.

It has been a journey made of stories, beers and terroir. We have to thank Gabriele Bonci‘s cooking skills, his “peasant dinner” and the fantastic ingredients supplied by Vincenzo Mancinofrom D.O.L.

We started with a “burger”, a classic of Open style but with different ingredients: mutton beef meatball, steamed spinach, pork’s cheek lard cooked in Duchessa beer and pecorino cheese. And let’s not forget the bread, made with spelt, natural yeast and honey. This was paired with Enkir, and it worked really well.

Then we had the sheep soup with chikpeas, chicory and pecorino cheese. Smooth, round, sharp at some point, just like the Hoppycat we drank along. A perfect balance.

Of course we could have never missed the ReAle as we were talking about Birra del Borgo’s story, served with the “abbacchio brodettato” (suckling lamb cooked in broth). A real “farmer dish”, balsamic, intriguing. It brings along old memories… as you taste the egg from Subiaco and a bunch of fresh mint.

We ended the dinner with some cheese pairing: the caprino nobile (matured moldy goat cheese) with the Duchessic, and the long matured provolone di Formia with Equilibrista 2010, a well assured pairing as we tasted it in different occasions.

We said goodbye with a gorgeus Sedicigradi.

let’s have a beer